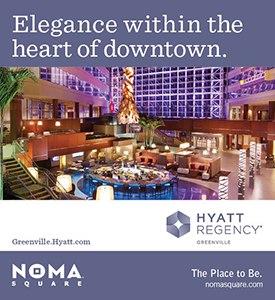 [/caption] How many business owners would like to see their client base increase by over  500% in a year’s time? That is exactly the kind of growth Dave Schlarb and Hudson Fricke have seen over the past year at Southern Moon Crossfit. In order to accommodate their client base, this dynamic duo has relocated and is now sculpting bodies and minds in the Merovan Center office complex at 1200 Woodruff Rd, Suite A-13. For those that have been living under a rock, Crossfit is a fitness regimen that has been taking the country by storm with several locations here locally. According to their website, CrossFit itself is defined as that which optimizes fitness (constantly varied functional movements performed at relatively high intensity). The daily workouts conducted at Southern Moon Crossfit are done in a group setting, which lends itself to a feeling of community and family amongst their clientele. This camaraderie along with amazing transformational results has been key to their continued growth.  Classes are open to participants of all ages. Interested in becoming a part of the Southern Moon Crossfit community? Check 'em out at http://www.southernmooncf.com or contact  Dave or Hudson at 864-508-4089.