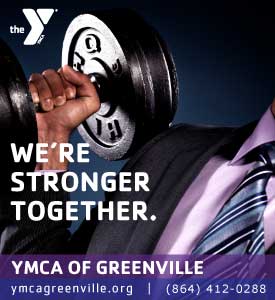 tags: Collaboration, Community Prosperity, Workforce Development
Posted by: Hank Hyatt on Tuesday, March 18, 2014
America’s skills gap isn’t going to close itself. -ACT, Inc. In 2011, a Deloitte survey of 1,123 executives conducted on behalf of the National Association of Manufacturers (NAM) revealed several troubling points: In the Upstate of South Carolina, this issue is critical given that the region is still a very manufacturing-oriented economy.  We employ almost twice the average number of folks in manufacturing than the U.S. as a whole.  And, with the continuing announcements of capital investments through relocations and expansions of manufacturing facilities, the need for skilled talent will continue to grow. How do we close the skills gap? As a first step, we must quantify the availability of skilled labor qualified to do these jobs. Having a common language and methodology to accomplish this work no matter where the jobs are located is essential. For example, Michelin must be able to quantify the number of individuals who could successfully perform as tire assemblers in Greenville as well as in Texas or Alabama.  A common process for determining this is critical. South Carolina is one of a few states taking the lead in this area. ACT, Inc. has developed a new community-based framework for workforce and economic development that certifies counties as “work ready” when established goals have been met.  South Carolina is officially partnering with ACT on the South Carolina Work Ready Communities initiative. As part of this process, individuals earn an industry-recognized skill credential – the National Career Readiness Certificate (NCRC) – and local employers recognize or recommend the NCRC as part of their hiring process.  Based on these and other factors, Greenville will be deemed a “Work Ready Community” when more than 3,120 Greenville residents have earned the NCRC and more than 301 employers are engaged with the NCRC process.  While we have made progress on the individuals earning the NCRC, we need more employer support. When a large number of employers recommend the NCRC, schools, workforce development agencies, SC DEW offices and others can encourage their students/clients to take the NCRC.  They will then have a portable, nationally-recognized credential verifying that they qualify, based on several valid, objective assessments in the NCRC, for a certain percentage of jobs in the marketplace.  It takes the idea of a high school diploma credential and ties it directly to the workplace. South Carolina is well ahead of other states in efforts to provide meaningful skill credential to the workforce.  In their Rankings that Matter, Site Selection Magazine in January 2014 ranked the Palmetto State #3 for the number of Career Readiness Certificates Awarded.  We are on our way to having a much stronger system for assessing the readiness of our workforce. This will, in turn, allow us to be more strategic in our efforts to provide meaningful education and training for in-demand occupations. What would it mean to close the manufacturing skills gap in our own region? While Greenville’s economy continues to diversify, the growth of manufacturing will continue to play a key role in improving the region’s per capita personal income (PCPI), the Greenville Chamber’s primary metric of community prosperity. Manufacturing wages in the region are only 1% less than the U.S. average. Overall wages are about 12% less than the U.S. average.  By helping individuals advance in their careers from lower paying service-oriented jobs (or from a situation of unemployment) into more lucrative manufacturing-related occupations, we can increase their income. Combine this effort with strong efforts to add “leapfrog industries and occupations” (i.e., those that would pay considerably more than the national average, even in our metro), we will see movement in our PCPI against the national average. How can an employer get involved in the Work Ready Communities initiative? Statewide leaders are asking employers to show their support by either: Recognizing individuals who have received the NCRC when presented by a potential employee Preferring that job applicants have received NCRC and including that in hiring announcements Recommending that applicants have the NCRC when hiring or evaluating current employees for jobs that have had a custom job profile created. Employers are asked to complete an Employer Support Form which will count toward Greenville’s requirements to be a certified Work Ready Community. There is no obligation on the part of an employer when they submit the form; it merely is an expression of an employer’s level of interest in the NCRC.  We urge all Greenville Chamber members to submit a form. For additional information, please contact Hank Hyatt at hhyatt@greenvillechamber.org or (864) 239-3714.