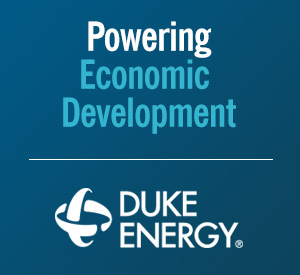 Meet Jon Wilken Jon Wilken has done it all – atleast it appears that way. He is a graduate of Iowa Central Community College and a 1992 graduate of the Harvard Business School Advanced Management Program. Though Wilken’s career has been diverse, one trend has remained the same – his intentionality in choosing individuals with whom to surround himself. Company Complexity The Chicago-native first moved to South Carolina at the age of 27 to open up a Family Mart store. He learned the business quickly and became the Regional Manager of the Southeastern Division by the time he was 30 years old. “In the food industry there’s a top-down organizational structure. You’re not paid to do a lot of thinking,” says Wilken. We can see where this philosophy would be an issue for a man who would later become an Entrepreneurial Leadership professor. The out-of-the-box thinker went on to work for BI-LO, where he climbed the ranks from Executive Vice President of Sales and Marketing to COO to CEO. His first item of business was to bring “complexity to the company.” In meetings, he would look around the room and see only middle-aged white males. “We knew that our customer base was primarily made of women. Something needed to change.” By diversifying the group, he quickly saw growth and prosperity. Under Wilken’s leadership, BI-LO employed approximately 26,000 associates and operated over 400 retail supermarkets and convenience stores in four Southeastern States with annual sales of approximately $4.0 Billion. The BI-LO brand continues to be entrenched in the southeast. Real Estate Development After leaving BI-LO in 2002, Wilken went into the real estate industry, becoming a partner at the commercial and retail real estate development, The Point. One of Wilken’s proudest accomplishments in the real estate business was attracting Whole Foods to The Point. When he first contacted Whole Foods and encouraged them to consider expanding to the area, their reply was “No, Greenville, South Carolina isn’t even on our radar.” Undeterred, Wilken sent a letter to the CEO, John Mackie, and his persistence paid off. “We got Whole Foods to Greenville even before Charlotte.” Skipping protocol and jumping directly to the CEO of a such an elite company is unconventional, but not to someone who so values the importance of forging relationships with high-caliber professionals. Life-Changing Research Wilken is also the President and CEO of HS Pharmaceuticals, headquartered in downtown Greenville. “We’re a virtual company with world-renowned scientists from all over the globe,” says Wilken, who has worked with scientists from Germany, Canada, and the UK and has sought out researchers at various institutions including MIT, USC Berkeley, and University of Miami. HS Pharma primarily focuses on Oncology Research and human and animal health care, including infectious wound treatment and wound closure. Specifically, they are studying the silicon molecule and “what properties are unique within the molecule that make is active.”

It seemed simply enough at the beginning said Wilken. “Can’t scientists just crack it open with a hammer and a microscope?” he asked. Seven years in, Wilken has discovered it’s not as simple as it appears. After he and his team have travelled the world searching for scientists qualified and willing to study the inorganic molecule, they finally found Dr. Jonathon Powell of Cambridge who is now their lead expert. Despite the extensive amount of work, Wilken is not discouraged. In fact, he says the project has been the most amazing of all of his experiences, calling it “life-changing.” We expect the patients who have used HS Pharma’s products are probably saying the same thing.
On Being Amazing In Wilken’s spare time, though we can’t imagine how he found the time, he served as an Entrepreneurial Leadership professor at Clemson University. He advises every professional take time at some point in their life to help teach others – whether that role is in the form of a professor, or simply a mentor. “Teaching others opens your eyes to a whole new world. It’s very rewarding,” said Wilken. During his class, he brought in local businesspeople to tell both their successes and failures because he feels you can learn equally from both. The one message he hoped to instill within his students year after year was that if you want to be amazing, surround yourself with amazing people. Though Wilken no longer teaches, he still has students call him up for advice today. Just a Grocery Guy Wilken’s overall message was this: Know what you don’t know and surround yourself with people who know what you don’t know. “When I first got in to research, I had people say, ‘You’re just a grocery guy’”. If proving the critics wrong was on Wilken’s agenda, then he has succeeded. In Wilken’s prosperous career, he has never let what he didn’t know scare him away. There may only be a handful of people that can consider themselves experts in the retail, real estate, research, and education fields, but Wilken has managed to do just that. The common thread woven throughout Wilken’s personal and professional life is that he has been extremely conscientious in surrounding himself with the very best people. If Wilken’s career is any indicator of success, then this philosophy is one we’ll all want to soon adopt. The Greenville Chamber's Friday Forum Series is designed to help business professionals connect, learn and grow with networking opportunities and educational presentations. Join us for the next Friday Forum on October24th featuring Randy Dobbs, CEO for Matrix Medical Network, speaking on “Transformational Leadership in Your Business, Community and Life – A Game Changer!” Details at http://web.greenvillechamber.org/events/eventdetail.aspx?EventID=4517.

0 comments on "Friday Forum with Jon Wilken: "Retail to Real Estate to Research""