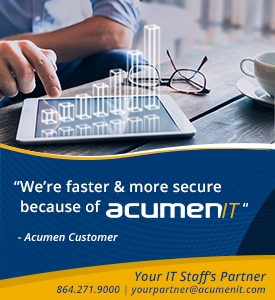 tags: Community Prosperity, Connect, Leadership, Mentors, Pacesetters, Pulse, Young Professionals, Collaboration
Posted by: Pulse Young Professionals on Friday, July 3, 2015
As I sat in my hot car the other day, waiting for the light to turn that hopeful shade of green, I wrestled with the question that had been haunting me for eons…"What am I supposed to do with my life?” Before recently, everything in my life had been for a higher purpose--me! I’m young, motivated, and ambitious. I constantly told myself that I worked harder than anyone I know. I was serving on boards, committees, and volunteering. It was all working out perfectly toward the ultimate plan: world domination, global branding, CEO-ship, probably a billion, trillion dollars and obviously, unlimited diamonds. So, when an award popped up that I had been coveting for the past year, I asked my good friend to nominate me. Why not ask for what you want?! The universe wasn't going to just read my mind. I spent two days writing a perfectly crafted email, answering all the nomination questions and clicked send. Finally, a dream would be realized. I’d be recognized, and I’d be on my way toward every dream possible. Except that didn’t happen. Instead, the email sent to my friend was blank. My draft box didn’t even have my revisions saved. All my hard work went poof. Not one to be pushed back, I called this a cosmic joke and then sat at my computer for hours, retyping the email in its entirety. I was pretty smug: it was even better this time than the first. “Lemonade out of lemons!” I yelled triumphantly at my partner-in-crime, my cat, Arabella Brown. She meowed in agreement. Here we go. I finished the last line of my sure-to-be award-winning nomination, and as I pressed enter, I watched the entire project disappear before my eyes. It had erased. Entirely.  Dumbfounded, I sat there. My computer had never done that before, nor since. Two flukes in a row: more than just an accident. There was something to learn from this. A few minutes later I grabbed a tin of icing and stuck my finger in and took a scoop. Icing always is the best medicine. However, even icing didn’t take away the sting of the loss of all my self-serving hard work. As I washed off my sticky fingers, I realized that it’s always been about me. Even the "good" things I was doing were for my own advancement: My career, my accomplishments, my life path. Glumly, I acknowledged there is more to life than recognition of Ashley Brown's achievements. Seemingly by coincidence (however, I’ve learned that there are no true coincidences), one of my Pacesetter mentors, Tim Justice, had arranged a lunch with Ray Lattimore for a friend and I. The topic of life purpose arose. Tim shared that he felt called to bring people together, and Ray felt his calling was to break down barriers. Both were such beautiful soul purposes. I couldn't help but admire and wonder what I felt called to do.

“A calling doesn’t have to do anything with your job,” Tim cautioned. As owner of a construction commercial upfitting company, he used his skills more metaphorically: to help business professionals in Greenville build new partnerships. Still, I struggled. I kept asking myself the same thing in the sweaty heat of my old car: “What am I supposed to do with my life?” The image of a hand reaching down to another hand came to mind. Whether or not I'd like to admit it, I’ve always felt called to lifting people up. This is despite the fact that sometimes I'd much rather be called to be President of the United States. Once again, it was back to me and what I wanted, not what I felt I was supposed to do. A country song came on the radio as this thought tumbled about in my brain and heart. The lyrics pinged home hard: “Raise ‘em up.” If you’re anything like me, then you understand the internal struggle of pride and desire for awards and recognition. I’ve just begun to understand that the success of Greenville, and the success of truly thriving people comes from supporting everyone who has a dream and ambition. The more we raise each other up--through encouragement, leads, conversations, ideas--the more our town and our friendships seem to grow. I encourage each of you to find someone who needs some kindness, good news or professional mentoring, and watch them rise.

Ashley Brown grew up in Greenville, SC and attended the Fine Arts Center for metalsmithing as well as JL Mann Highschool. After attending USC and obtaining a degree in Political Science, Ashley moved to Asheville, NC to "find herself". Several hippie bonfires and dread-locked heart-to-hearts later, Ashley realized all she wants in the entire world is professional development, so she tossed her sage incense in the trash and took a job as Marketing Director at Hale's Jewelers. Ashley joined Pulse as a way to grow professionally and learn from the greatest leaders in the Southeast. She is actively involved in PaceSetters as a Group Leader under the all-knowing mentors Tim Justice and Jim Burns and serves on the Leadership Committee, doing things like planâning May's Leadership Luncheon. Pulse has given her new eyes to the Greenville community, new connections and lifelong friends. When Ashley is not at a Chamber or work related event, she can be found in West Greenville at the new Greenville Creative Center for the Arts continuing her training as a jeweler.