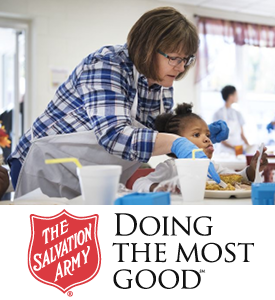 The phrase “American dream”, coined by author, James Truslow Adams, in his 1931 book, The Epic of America, has become a powerful metaphor of the core values and principles upon which America was founded. Rooted in the Declaration of Independence, which proclaims that “all men are created equal” and that they are “endowed by their Creator with certain inalienable Rights” including "Life, Liberty and the pursuit of Happiness”, the concept of the American dream has over the years become widely associated with economic success. Although Adams considered economic success to be central amongst these values, he also recognized that the true meaning of the American dream could only be measured by other values of equal, if not greater, importance. “Being able to grow to fullest development as men and women, unhampered by the barriers which had slowly been erected in older civilizations, unrepressed by social orders which had been erected for the benefit of the classes rather than for the simple human being of any and every class” is how Adams viewed this unique, American ideal. Public Education and the American Dream American public education is a core institution for teaching our children the skills necessary to graduate and pursue a successful and rewarding career. Our democracy and economic well-being cannot exist without an educated and responsible citizenry. However, many children growing up in America today do not possess the basic reading, writing and technology skills to compete in what has become a highly-competitive global marketplace. According to the 2010 Annie E. Casey Early Warning Study, reading proficiently by the end of 3rd grade can be a make-or-break benchmark in a child’s educational development. The study found that low achievement in reading has important long-term consequences in terms of individual earning potential, global competitiveness and general productivity. Compounding the problem is the reading gap between students of low, moderate and high-income families. At the time the study was written, there were 7.9 million low-income children from birth through age 8 – one fifth of all kids in this age group. Based upon current trends, 6.6 million of these children (83%) would be at an increased risk of failing to graduate from high school on time because they wouldn’t be able to meet the National Assessment of Educational Progress’s (NAEP) proficient reading level by the end of 3rd grade. To help preserve the American dream for our next generation, educators not only need to focus on improving our children’s basic skill sets, but also to incorporate character development into their educational curriculum. As Adams rightly described in his book, the American dream represents more than economic success, it is a commitment by its citizenry to honor and live by a set of core American values. In order to sustain itself, a democratic society must be able to pass on to its younger generation certain virtues and character traits such as integrity, honesty and personal responsibility. Hard work and determination, once the cornerstones of the American dream, are no longer enough to ensure success for our children. Only by combining skill with character will our next generation have the opportunity to become independent, successful, and productive members of society. Inspiring the American Dream: The Rise of the Social Entrepreneur in Education Long considered a defining moment in modern American educational history, the 1983 “A Nation at Risk” report ignited a wave of local, state, and federal reform efforts. The report, which amongst other things, concluded that our nation’s educational system was failing to meet the basic needs and requirements for producing a competitive American workforce, paved the way for the rise of the modern-day ‘social entrepreneur’. This new breed of educator has emerged to become a powerful force in the education industry, partnering with businesses, schools, faith-based organizations and other not-for-profits all across the United States, to provide innovative learning solutions and improve outcomes for millions of students. The non-profit private sector, through a combination of philanthropy and business insight, expertise and processes, has transformed our country’s education system, helping to preserve the American dream for America’s next generation. One example of this is the recent launch of Inspiring the American Dream Foundation, a South Carolina-based 501(c)(3) organization. Through the foundation’s new Opportunity to Succeed program, the organization is partnering with businesses and educators throughout Upstate, South Carolina to support children’s emergent literacy, while at the same time, providing students with an appreciation for the ideals, values and virtues inherent in the American dream. Inspiring the American Dream Foundation’s Opportunity to Succeed Program has been developed around three guiding principles – teach, share and empower: Financed through a grant provided by Dabo’s All In Team Foundation, Inspiring the American Dream Foundation recently completed its pilot Opportunity to Succeed program at A.R. Lewis Elementary School in Pickens, South Carolina. The curriculum for the program was subsequently incorporated into the School District of Pickens County’s state-mandated Summer Reading Camp.  Fueled  by these recent successes, Inspiring the American Dream Foundation is now preparing to roll-out its program district-wide and then aggressively throughout Upstate, South Carolina. Our children represent the future of this great country. It is through organizations and programs like this we can demonstrate to them… the American Dream is still achievable! › About the Author

1 comments on "Inspiring the American Dream"