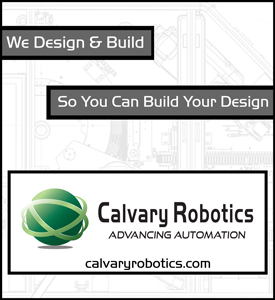 tags: Business Advocacy, Congress, Ex-Im Bank, Washington
Posted by: Jason Zacher on Tuesday, September 29, 2015
Last week, GE announced that because of the suspension of the Export-Import Bank, as many as 400 jobs could be created in France instead of here in Greenville. Congress let the authorization for the Export-Import Bank expire back in June, leaving us as the only major economy in the world without one. This brings home an important concept: What happens in Washington doesn’t stay in Washington. This isn’t Las Vegas. The partisan political fights and ideological battles can have a big impact on our local economy. There are nearly a half-dozen major items that expire in the coming weeks: federal government appropriations, the FAA, the federal highway trust fund, and the debt ceiling, among others. All of these things could have severe negative implications on our community and the country’s economy at large. These debates matter. The Export-Import Bank debate matters to the thousands of families in our area that depend on the General Electric turbine facility. Our non-profits benefit from GE’s charitable giving. Our community at large benefits from the return on investment. As Chamber CEO Ben Haskew told The Greenville News: “Ideological talking points make for good news channel banter, but they don’t put food on a worker’s table or grow our community.” The Greenville Chamber strongly supports the Export-Import Bank. Nearly 2,500 jobs and $385 million in exports are tied to the Ex-Im Bank in the Third and Fourth Congressional Districts. Critics decry the bank as more corporate welfare, but 85 percent of the bank’s investments are in small business. In the Upstate, most of the bank’s activity comes from smaller manufacturers. As I wrote last September: “As a Chamber of Commerce, we are 1,000 percent behind the concept of the free market, the invisible hand, and capitalism. However, international reality dictates a more pragmatic approach. The international free market isn’t really free, and China, Germany, the United Kingdom, India, and most of our major trading competitors help finance their exports at a much higher level than we do.” Since 1934, fewer than 2 percent of Ex-Im loans have defaulted. The Ex-Im Bank poses virtually no risk to the taxpayer. Loans to GE, for example, have created an $8 Billion profit for taxpayers. In 2012 and 2013, the Ex-Im Bank returned more than $1 Billion each year to the U.S. Treasury. The Ex-Im Bank works by providing credit to foreign customers so they can buy American exports and covers critical gaps in international financing. Many of these loans go to customers in developing countries where there may not be commercial financing. We thank Senator Graham for his hard work on behalf of the Export-Import Bank and ask Congress to reauthorize the Bank as quickly as possible.