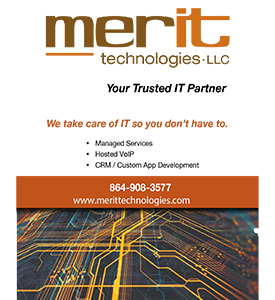 A joint legislative committee began work today in an effort to head off, in the words of the co-chairman, “the biggest challenge we face this decade.”

The state retirement system faces, officially, a $16.75 billion deficit, but private estimates range as high as $40 billion. South Carolina is not alone in facing such a deficit. Many states are grappling with the twin shocks of more retirees and fewer contributors and investment returns that lag estimates.

“We have a lot of work to do,” said Sen. Kevin Bryant, R-Anderson, the Senate’s co-chairman.

The impact on business could be significant. There are only so many places the General Assembly can go to find the funds needed, and most agree that any future increase in funding will have to come from state and local governments in the form of higher employer contributions, catch-up contributions, or diversions of general fund revenues. That would result in cuts to local and state services or higher taxes – barring a major increase in the rates of investment return or state revenues.

“We're looking at a number that is bigger than the roads,” said committee member Rep. Mike Anthony, D-Union. “There's enough blame for everybody. My hope for this committee is that we stop the bleeding and get us back on track.”

The Department of Transportation has estimated it needs $40 billion to get the state's roads to “good” condition by 2030.

Gov. Nikki Haley said in the spring that any fix to the pension system would “hurt.” The Greenville Chamber and the Upstate Chamber Coalition are committed to engaging in this process to minimize any negative impact to our state’s business community.

On the first day, the committee took testimony from the Public Employee Benefits Administration, the state’s actuaries, and the state’s investment commission. Questions from the legislators included asking how many quasi-government entities are in the system, whether the investment return assumptions are realistic, and whether the plan may actually run out of money.

Peggy Boykin, director of the South Carolina Retirement System said that the system is paying out $3 billion a year and only taking in $2 billion – before considering investment returns, which were flat last year. The system has about $27 billion in assets.

“This isn’t going to last if there aren't major changes in the plan,” Jeff Bradley, R-Hilton Head, who is a financial advisor.

The state's actuaries told the committee that if there was no unfunded liability – if the state had properly funded the system in the past – it would take 10 percent of employee pay to fund the system. The current amount paid by the state and employee contributions are double that, and the deficit is still growing.

South Carolina has five different retirement plans that are  their own legal entities:

Upstate Members of the Joint Committee on Pension Reform are: