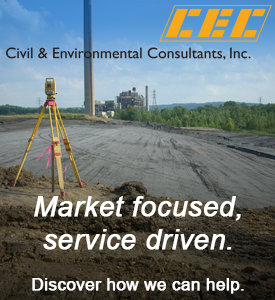 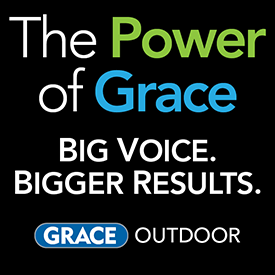 We hope you can take some time to watch Susan's presentation. Here's a brief takeaway of the things that stood out to me.

Susan Story is president and CEO of American Water, the largest and most geographically diverse publicly traded U.S. water and wastewater utility company. Originally from rural Alabama, she went to public schools and was the first in her family to graduate from college. Story began her career as a nuclear power plant engineer and had increasing responsibilities in operations, human resources, customer service, corporate real estate and supply chain. She has a history of active involvement in community, industry, education and economic development efforts.

3 Amazing Women
Story began her presentation with admiration for three women who’ve inspired her by having a vision for what they wanted to do, the passion to lead them to do it, and creating a plan to get there. I encourage you to take a deeper dive into the lives of these women, but here’s a brief overview:

5 Action Items Once You Know What You Want to Do

Get the best education and experience for what you want to do.
Education is key to getting where you want to be. Susan also recommends lateral moves in order to have exposure to all areas of a business. Experiences make you the best at what you do, and can provide knowledge of what the people you hope to lead are dealing with.

Be a team player and work hard.
Let people know they’ll be safe in a foxhole with you. If you have substance, people will see it early on, acknowledge and celebrate it. If you don’t, in today’s team-centric environments, you’ll be smoked out quickly. At one favorite point in her career, Susan’s colleagues shifted from saying, “We have a girl here, and she’s an engineer,” to, “We have an engineer and she happens to be a woman.”

Communicate effectively.
According to Susan, “You can be the smartest person in the room, but if you can’t communicate effectively, what good does it do?” For a long time, Susan was dead set on not being a suck-up. She was always a great team builder with those she managed and received excellent reviews for her performance and hard work, but she wasn’t being promoted. She soon realized that you have to build relationships with those above you as well. You don’t have to be a suck-up, but it helps to make a genuine effort to know them and where they’re coming from in order to help them lead and appreciate you.

Be bold.
Stretch yourself. Don't let your self-doubt paralyze you. Of course there will always be someone that’s prettier, smarter, (fill in the blank), but no one is the same package as you and that’s what you bring to the table. If you see something that needs to be done, take the initiative to do it and see what happens. You’ll never reach the stars if you’re comfortable just being on the ground.

Be about others.
When hiring managers, Susan always determines whether or not they are confident enough to develop the people around them and find joy in their successes.
When she left a company after 30 years and knowing some 10,000 of their 26,000 employees, Susan was touched by a book of messages from the people she had worked with. “Nobody said you made budget every year.” Instead, they thanked her for always knowing their name, for lending an ear during a tough time, for taking a moment to care.

“It’s not the big stuff you do that matters, it’s the little things. You can change the world every day by impacting those around you. That's how you leave a legacy.”

Last Note
Your business’s workforce and leadership should mirror the demographics of your customer base. If, like most of the world, women make up 50% of the population that matters to your bottom line, it’s a business decision, period.