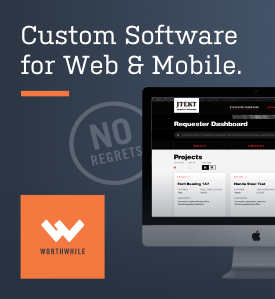 The General Assembly's top leadership remained unchanged Tuesday, but as state legislators returned to Columbia, most of the talk remained about gubernatorial succession.

The Senate re-elected Sen. Hugh Leatherman (R-Florence) to be the President pro tempore of the Senate -- a critically important job that is widely considered to be the most powerful in state government. As expected, the House re-elected Speaker Jay Lucas (R-Hartsville) and Speaker pro tempore Tommy Pope (R-York) to a second term in their positions.

"While we are all ordinary people, the people of this state have given us an extraordinary opportunity to do extraordinary things," Speaker Lucas said in his acceptance speech. "I will not accept this institution, the other chamber, or the chief executive as an excuse for failure."

However, with President-elect Donald Trump naming Governor Nikki Haley as his pick to be U.S. Ambassador to the United Nations, jockeying began on who would replace Lt. Governor Henry McMaster. If and when Gov. Haley is confirmed by the U.S. Senate (expected in February at the earliest), McMaster will assume the governor's mansion.

The President pro tem of the Senate -- in this case, Leatherman -- has historically moved up to assume the Lt. Governor role. However, Leatherman said last week that he would not move up, sparking a debate on the constitutionality of his assumed actions and who the Senate would elevate to Lt. Governor. It is hard to blame Leatherman for not wanting the "promotion." As Brian Hicks of the Charleston Post and Courier accurately noted: "To put it in context, there are probably folks on the Statehouse custodial staff with more power than the lieutenant governor."

Some are saying the constitutional amendment approved in 2012 that will have the Governor and Lt. Governor run on the same ticket in 2018 would allow McMaster to appoint a Lt. Governor. Most attorneys, legislators, and Statehouse staff contend the amendment is clear that the appointment power is not granted until 2018.

Senators and legislators will receive their committee assignments and elect chairmen for the committees and we'll give a rundown of how those assignments impact the Upstate on Thursday.