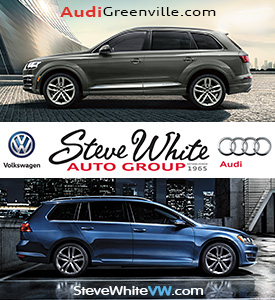 If you’ve traveled by airplane lately, you may have seen one of the many TSA posters around South Carolina’s airports stating that South Carolinians will soon no longer be able to board an airplane with just their driver’s license. This is due to the state’s choice to not comply with the Federal governments Real I.D. qualifications.

Today, Kevin Shwedo, Executive Director of the South Carolina Department of Motor Vehicles, testified before the Senate Transportation committee to give a state of the DMV address, and to update the legislature on the issues surrounding the Real I.D. Below are some facts on the Real I.D., and how the legislature will have to act real quick if they intend to comply.

The Real I.D. Act passed in 2005, and was a response to the attacks of 9/11. It predominantly includes increased security measures to ensure terrorists aren’t able to attain a valid I.D. In 2007, the South Carolina Legislature passed a bill that stated it would not comply with the Real I.D. parameters; however, they did adopt many of the guidelines in the act, 37 of the 44 standards to be exact. Since the Real I.D.’s implementation, the state has been granted extensions, and the federal government has allowed the state to make other reforms comparable to the remaining standards they aren’t compliant with. This changed in October, when the federal government said that it would not allow any more extensions with non-compliant states.

The state has been granted an extension through June 6th, 2017, meaning that the legislature will have to pass legislation stating that it will comply with the Real I.D. Act before this date. If they do so, the state will be granted an extension till September 30th, 2020,  at which the state will need to ensure that residents have a Real I.D. Currently, South Carolinians are able to use their Driver’s License to board airplanes until January 2018, whether the Legislature chooses to act or not.

There are currently 4.5 million driver’s license and comparable I.D.’s in the state. If the legislature intends to comply with the law, Shwedo estimates that it will come with a price tag of approximately $26 million. This price assumes that not everyone will want to switch over to the Real I.D., since some may not want to fly or enter a federal building. The cost will cover increases security on DMV software and additional resources to cover the issuance of the I.D.’s.

In addition to the pricetag, Shwedo was also concerned about increased wait times at the DMV if there is a surge of people wanting their Real I.D. once the law passes. Currently, the average wait time at South Carolina DMV’s is eight minutes. In other states that implanted the Real I.D., some saw wait times as high as six and a half hours.

There is some hope that the new administration will allow states to continue with “comparability” on the standards that they aren’t fully compliant on. However, Shwedo recommended that the legislature pursue complying with the law, and begin preparing for the $26 million dollar price tag in the budgeting process, due to the June 6th deadline.

So far two Real I.D. bills have been introduced, one in the House and one in the Senate, that could serve as vehicles of legislation for the state to comply with the Real I.D. Act.  We’re following these hearings and bills and will keep you updated on any progress. The Chamber is keeping a close eye on this issue because of the potential for a massive disruption of travel for our residents.

Katie Busbee is the Director of Legislative Affairs at the Greenville Chamber.