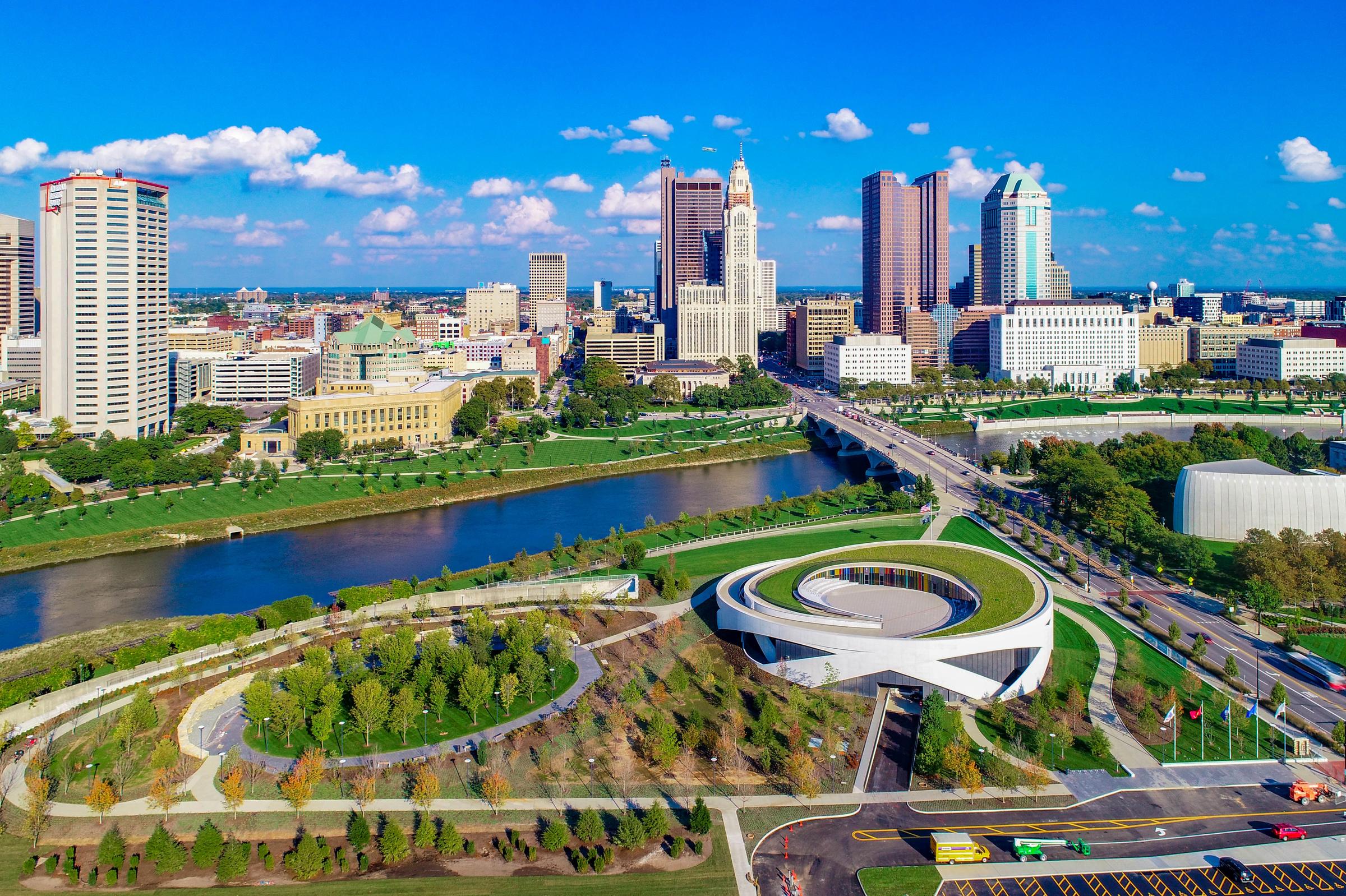 One of the most interesting times we had during our planning visit in Columbus last week was time spent touring downtown Columbus with some local leaders.  The Ohio State Penitentiary was operated in downtown Columbus from 1834 until 1984, housing, at its peak, more than 5,000 prisoners.  The facility was closed and abandoned for more than a decade, leaving a 75-acre wasteland in the heart of downtown Columbus.

Today, you can find a variety of live, work and play opportunities in the Arena District. Nationwide Arena is home to the Columbus Blue Jackets, an NHL team that is currently in the 2019 Stanley Cup playoffs. Less than 3 blocks away is Huntington Ball Park, home to the Columbus Clippers AAA affiliate of the Cleveland Indians.  And, coming in the very near future, just a few blocks from this site, will be the new home of the Columbus Crew, the region’s Major League Soccer club.

Located in the heart of the Arena District is McPherson Park. This greenspace was to act as “beachfront” property to spur residential development in the early days of the Arena District.  The park is capped at one end by a magnificent arch, the lone remnant of the once grand entrance arcade of Columbus’s Union Station arcade designed by Daniel Burnham.

In 1976, Columbus leaders where discussing location of a convention center and new Hyatt hotel where the community’s Union Station was located.  Despite many conversations between the Historical Society and the Battelle Commons Board of Trustees on how to save the Arcade at Union Station, a wrecking crew arrived at the site during the night of October 22nd.  By early morning, most of the site had been destroyed, with only one large arch remaining.  Luckily, rain had fallen during the night and had slowed the demolition considerably.  Franklin County’s prosecuting attorney, and a Historical Society supporter, George Smith found one of the few judges not at the OSU home football game that day and convinced him to issue a temporary order to halt demolition.  The Union Station Arch was dismantled and re-erected on a temporary site.  It currently resides at the head of McPherson Park directly across from Nationwide Arena.

Interested in coming with us when we return to Columbus on September 23?