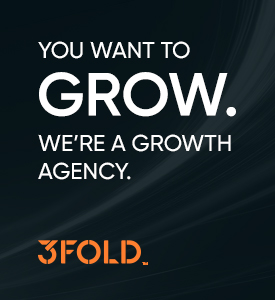 Last week the Advocacy teams and organizational leaders from South Carolina's largest chambers formalized a new Metro Chamber Coalition. As you know, the Greenville, Columbia, and Charleston chambers have been working closely over the last four years looking for solutions to breaking down employment barriers, expanding workforce housing, and other challenges our communities share.

After our success earlier this year with the GrowSC Agenda and helping break the legislative logjam on Business License Tax Reform, we felt now was the time to cement the group. South Carolina’s Metro Chambers of Commerce have played a critical role in passage of meaningful legislation over the last several years, all the while gaining significant credibility with elected leaders in Columbia.

Our business community’s voice at the State House has never been stronger, and lawmakers want to hear from local business leaders. The Metro Chambers Coalition is poised to be the leading voice of the business community throughout the state.

This group will not supplant the Upstate Chamber Coalition – which has been nationally recognized as a leader in business advocacy. The Metro Chamber Coalition formalizes a loose association of allies we already rely on in the General Assembly to pass major legislation. The UCC will continue to represent the Upstate’s unique place in our state’s economy and continue to focus on giving a unified voice to tens of thousands of Upstate businesses in the General Assembly.

The Metro Chamber Coalition gives the Greenville Chamber and the UCC additional reach to promote legislation that is in the best interest in the entire state. The South Carolina Metro Chamber Coalition will consist of the Greenville Chamber, Charleston Metro Chamber, Columbia Chamber, the Myrtle Beach Area Chamber of Commerce, and the Charlotte Regional Business Alliance (which represents four border counties). Carlos Phillips, our CEO, was elected the first president of the group and each year this role will rotate among the Chamber CEOs.

We are excited about what the future holds for the group and we will be working hard over the next couple of months to develop a short, concise legislative agenda for the 2021 legislative session. The group will identify three to five critical issues each year to take to the General Assembly. Combined, the counties covered by our five chambers account for two-thirds of our state’s GDP, 81% of our expected population growth, and 70% of job growth in the next five years. We are a significant representation of the state’s private sector, and the Coalition's amplified voice in the General Assembly will work towards each issue's passage.

Together, the South Carolina Metro Chambers Coalition will make a real difference in representing the state’s small businesses and scoring meaningful state legislative wins to improve our state’s business climate. Given the support and success of our previous work together and the climate in the State House, we feel now is the time to formalize our coalition. We hope to continue to produce legislative wins and strong private sector coordination statewide.

We are extremely excited for what the future holds for the group.