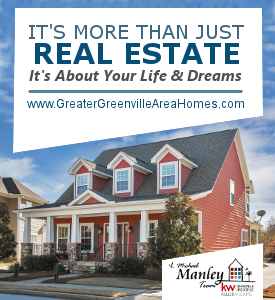 How to Make the Most of Your Pulse Membership

To make the most of my membership I needed to engage and connect...

An Agenda to Move Business Forward

The Takeaway: We will make it easier to do business in Greenville.

If you’ve traveled by airplane lately, you may have seen one of the many TSA posters around South Carolina’s airports stating that South Carolinians will soon no longer be able to board an airplane with just their driver’s license. ...
Comments (0)

In Business: Bojangles on Laurens Road

Bojangles on Laurens Road is the first to feature all aspects of the new design concept!

Posted by: Nika White on Monday, January 16, 2017
Recognizing that diversity and inclusion is more than a moral challenge, but a business imperative requires linking D&I to the organization’s mission and explicitly assessing and identifying the value of diversity for the ...
Comments (0)

2017: Your Year to Get Involved in Advocacy

2017 is an opportunity for you to make your mark in Advocacy, and the Chamber will provide many ways for you to do so this year.