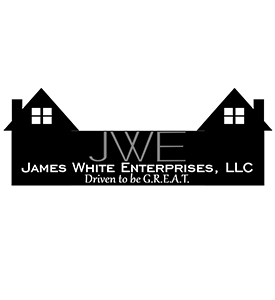 Major projects of the Chamber in the early 1900s included bringing the American Cigar Factory to Greenville to diversify the city's cotton-centered economy and encouraging the development of the Municipal League, which worked for beautification and sanitation.

The Chamber and its membership also worked to build Greenville's first YMCA; were given credit for helping merchants avoid bankruptcy and business failure during the depression of 1907; assisted in the development of a beautification plan for the city; published an illustrated guide to Greenville in 1911; and, organized the city's first credit report bureau.

In 1929, the Chamber turned its attention to aviation, successfully bringing passenger and airmail service to the city. The membership also began lobbying for a federal building and a new city hall, and they celebrated the completion of Shriners Hospital.

In the 1950s, the Chamber celebrated the opening of Memorial Auditorium, saw Main Street become the Upstate's retail center and cooperated with the county and state in establishing Greenville Technical College. Combined efforts of volunteers and staff brought Bob Jones University to Greenville in 1947, and the Chamber's deepest continuing interest was the opening of Greenville-Spartanburg Airport in 1962.

The Chamber conducted an education study in the 1960s that led to school accreditation and integration. This gave leaders of all Upstate communities the opportunity to talk and compromise, making integration of public accommodations and schools among the most peaceful in the South.

The Greenville Central Area Partnership, the Convention and Visitors Bureau and Freedom Weekend Aloft all began with Chamber leadership in the 1980s and have continued to function on their own.

With the 1990s came such developments as the Peace Center for the Performing Arts and the BI-LO Center (now the Bon Secours Wellness Arena), as well as the establishment of the South Carolina Governor's School for the Arts and Humanities in downtown Greenville.

So far in the 21st century, the Chamber has been a major supporter of the establishment of the Clemson University International Center for Automotive Research and the University of South Carolina School of Medicine in Greenville, as well as Southwest Airlines' entry to the market.